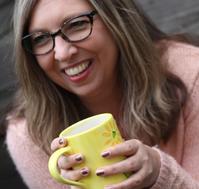 When I was 17 my grandmother took me on a trip to Germany, where she and my grandfather were both born and raised.  My grandfather had passed away, but my grandmother still returned to visit every few years.  One of the places she took me to visit was Pforzheim which is just outside of Stuttgart.  This is the town where my grandfather grew up and where much of his family still lives.  As we were settling into our room, my grandmother pointed out the window to a hill, the name of the hill is Birkenkopf.  It was a fairly large hill, covered with grass that could probably be seen from almost anywhere in town.  My grandmother explained that at the end of World War II there had been so much death and destruction done to the town that there was no way to rebuild so they took what was left of the town and pushed it all together into one big pile and that is how that hill had come to be.

I stood there for quite awhile staring out the window, trying to wrap my brain around what I was looking at:  the people, their lives, their homes, their churches and their places of business.  The hate, bitterness and violence of war had stolen everything from them.  The useless rubble that was left behind wasn’t important enough to anyone to try to save or rebuild.  There had been such utter destruction that there was no way to salvage what once had been, so they just bulldozed it all into a giant hill of unusable garbage.  As I stared out the window my grandmother must have noticed how unsettled I was because she came over and said “Oh, but at the bottom of that hill they grow the most beautiful gardens.”

The unthinkable, horrible, most painful things that happened to the city of Stuttgart, they tried to bury, cover up, move past.  With some sun, rain and time a chemical reaction began that broke down what they tried to cover up and all of that “useless garbage” became a catalyst for growth and life.  It became the fertilizer that grew the most beautiful gardens.

Remembering this makes me think of the things in my life that I wish I could just bulldoze and cover up:  things that I wish hadn’t happened to me, things I wish I hadn’t done.  These are the things that leave shame and regret and rubble in their wake.  I could choose to just sit amongst the rubble and regret.  I could look around and mourn the fact that I can’t undo what’s been done.  I could live in the ashes and the remains and constantly remind myself that there is no way to rebuild.  I do have another choice.  I choose to push it into a pile and allow God to work.  Instead of time, rain and sun he uses grace, love and mercy to turn those smoking ruins into the fertilizer that will cause my life to bear fruit.  There is love, joy, peace, patience, kindness, goodness, gentleness, faithfulness and self-control that comes from allowing His Holy Spirit to use my past as a catalyst to grow the most beautiful fruit-bearing garden of a life.